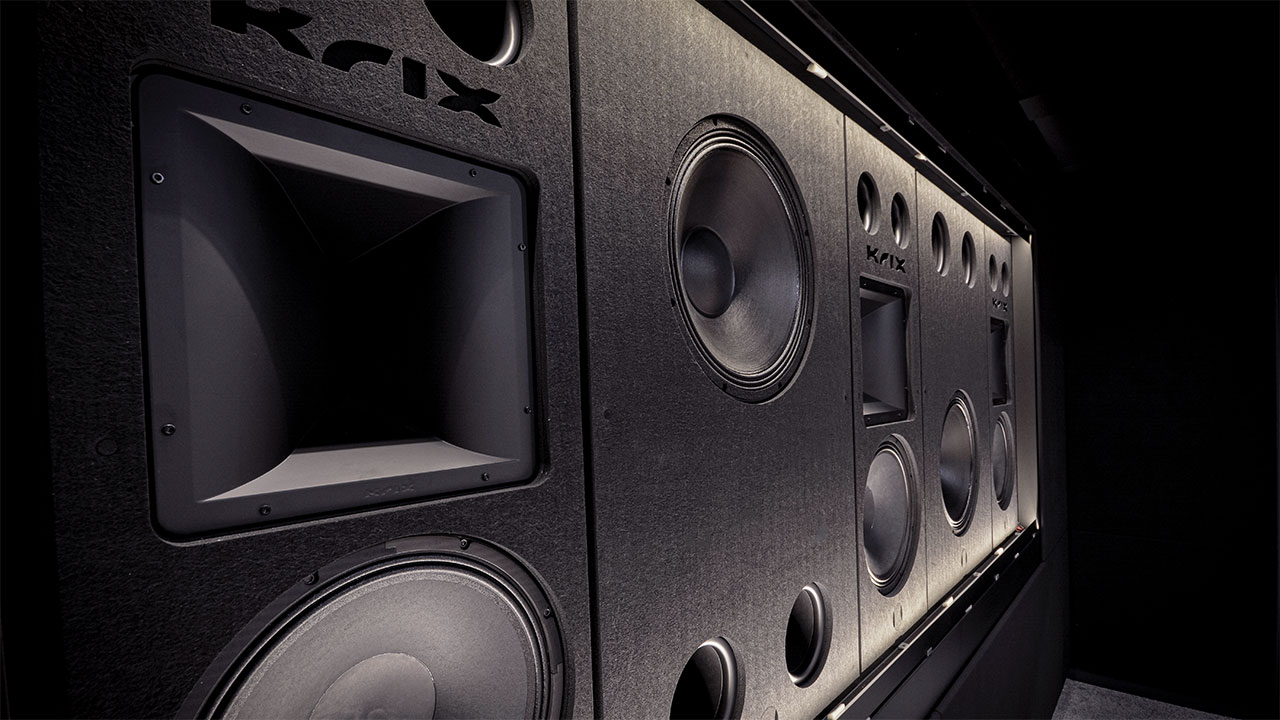 Posted at 12:30h in Sound Advice - Tech Articles for Enthusiasts by KsoundX
Share

When it came time to upgrade and fit out our Krix demo room, we wanted to show what could be achieved in a medium size room with a high channel count system. It’s fair to say the results surprised even us.

What is a high channel count system? Well, it’s typically a speaker system that ventures beyond the traditional 5.1 and 7.1 formats, up to 34 discretely fed speakers. Adding speakers creates a higher level of spatial resolution – allowing sounds to be incrementally placed throughout the room. The more speakers, the more spatial cues you receive from a movie soundtrack, increasing your immersion with what’s happening on the screen. 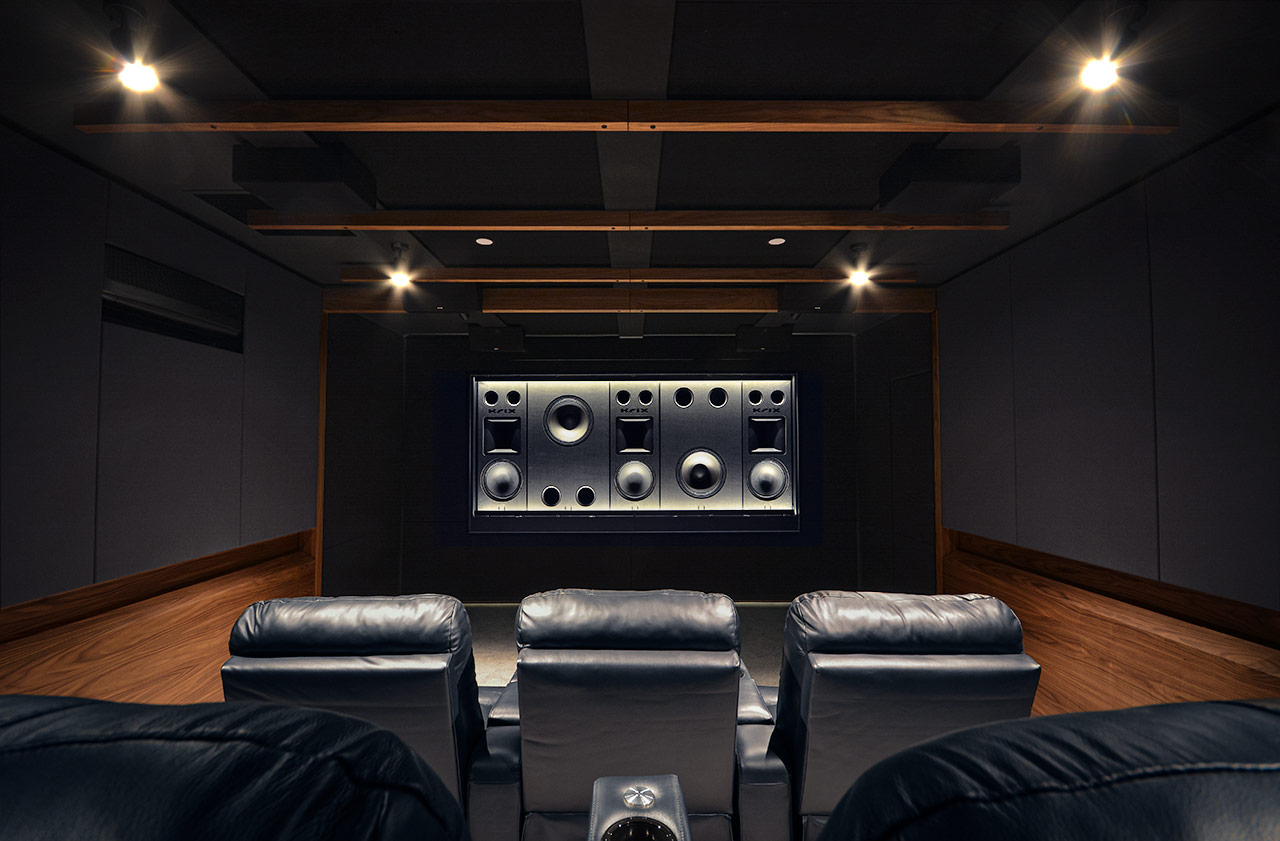 An example of this can be taken from the Dolby Atmos movie “Unbroken”, which we demonstrated at the world’s first 24.10.10 setup, held at the Melbourne International HiFi Show last year. In the first scene of the movie, in what can be quite a shock to the senses, flak shells start exploding around the B-24 Liberator bombing plane flying high above the Pacific islands.

In a typical 5.1 system, the sound effects of the shells exploding can be heard in the front speakers, along with the two side surround speakers. This alone can be a very impressive experience. In a 24.10.10 system, these sound effects can be placed around you in any one of the 34 speakers situated around the seating area. You can hear and feel exactly where each shell explodes in space.

So when we set out to upgrade our 7.1.4 Krix demo room, we wanted to recreate that feeling of immersion and achieve the same high level of spatial resolution that we experienced at the show. The end result is the highest channel count demonstration room in Australia. 15.4.8… fifteen ear level speakers, four subwoofers and eight overhead speakers. 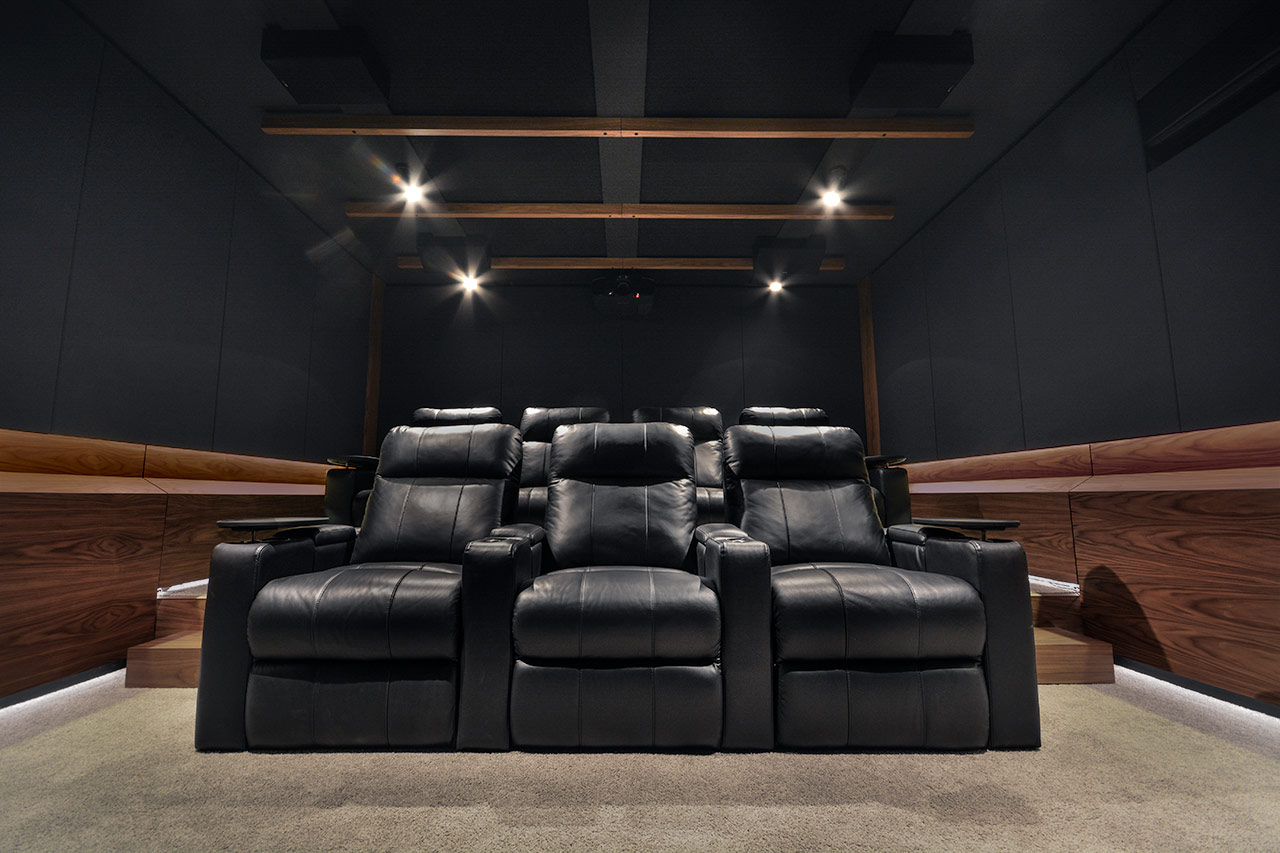 At the heart of the system is the Trinnov Altitude32 – the digital processor handling all connections and processing the soundtrack – placing sound dynamically throughout the room. It also precisely measures the acoustic response of the speakers in the room and corrects for room interactions that affect frequency response, impulse response and phase issues. The result is clearer intelligibility, improved imaging and a seamless sound field around the listener. 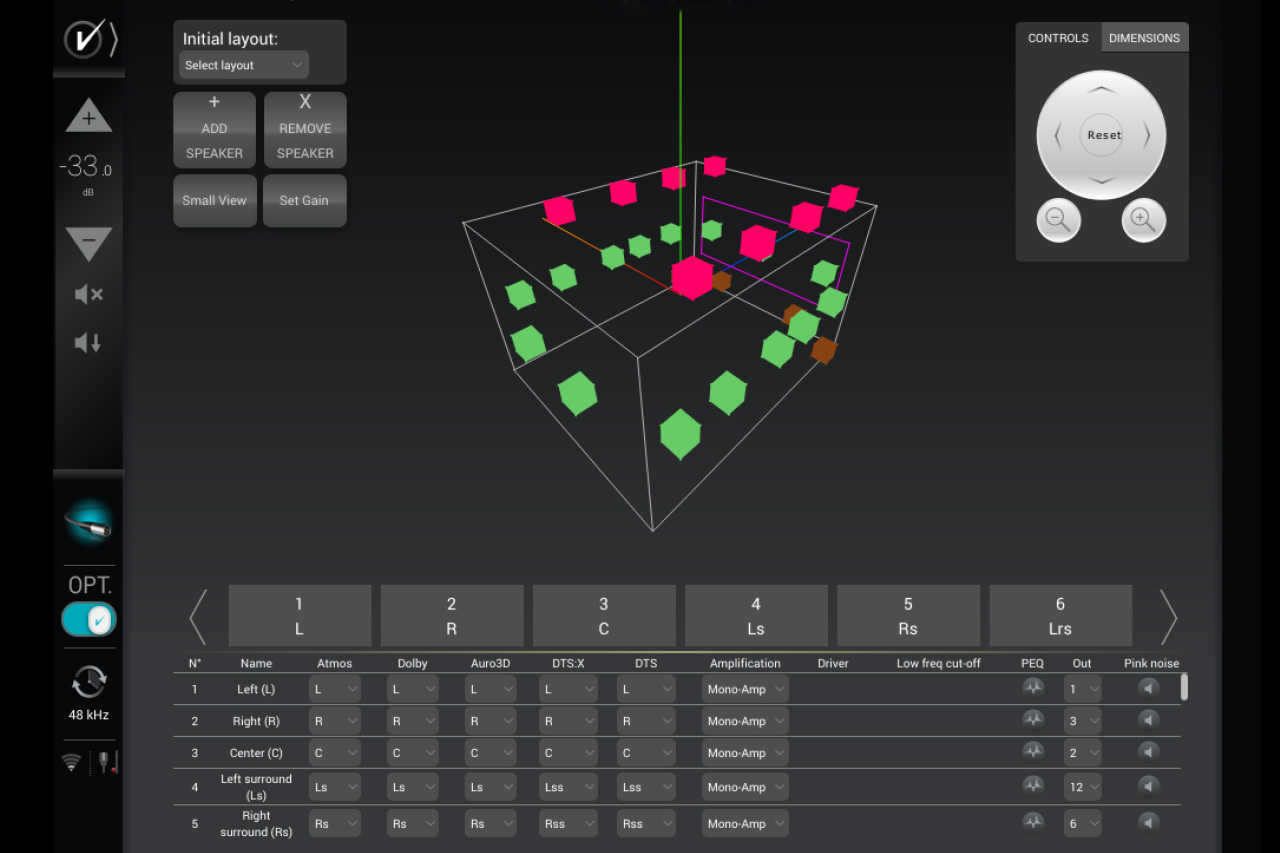 The MX-30 from the Series MX dedicated home cinema range was the obvious choice for the front soundstage – housing all three front speakers and two subwoofers behind the screen, while taking up less than 350mm of the room depth. Each left, centre and right module contains a 15” midbass driver and compression driver attached to a Krix engineered constant directivity horn. Each passive subwoofer houses an 18” driver. Cinema level performance without the footprint.

We wanted all surround and overhead speakers to be facing the main listening position where possible – and we also wanted these speakers to sit within the 170mm frame we were building to hide the speakers and acoustic treatment. We developed what we are codenaming the “Phonix 30” – Phonix components housed in a longer, slimmer, 30 degree angled cabinet. Keep your eye out in the future for their release. A mix of these custom Phonix 30’s as well as Phonix Flats make up the entire complement of surround and overhead speakers – that’s two front wides, six side surrounds, four rear surrounds, two front height, two top front, two top middle and two top rear speakers. 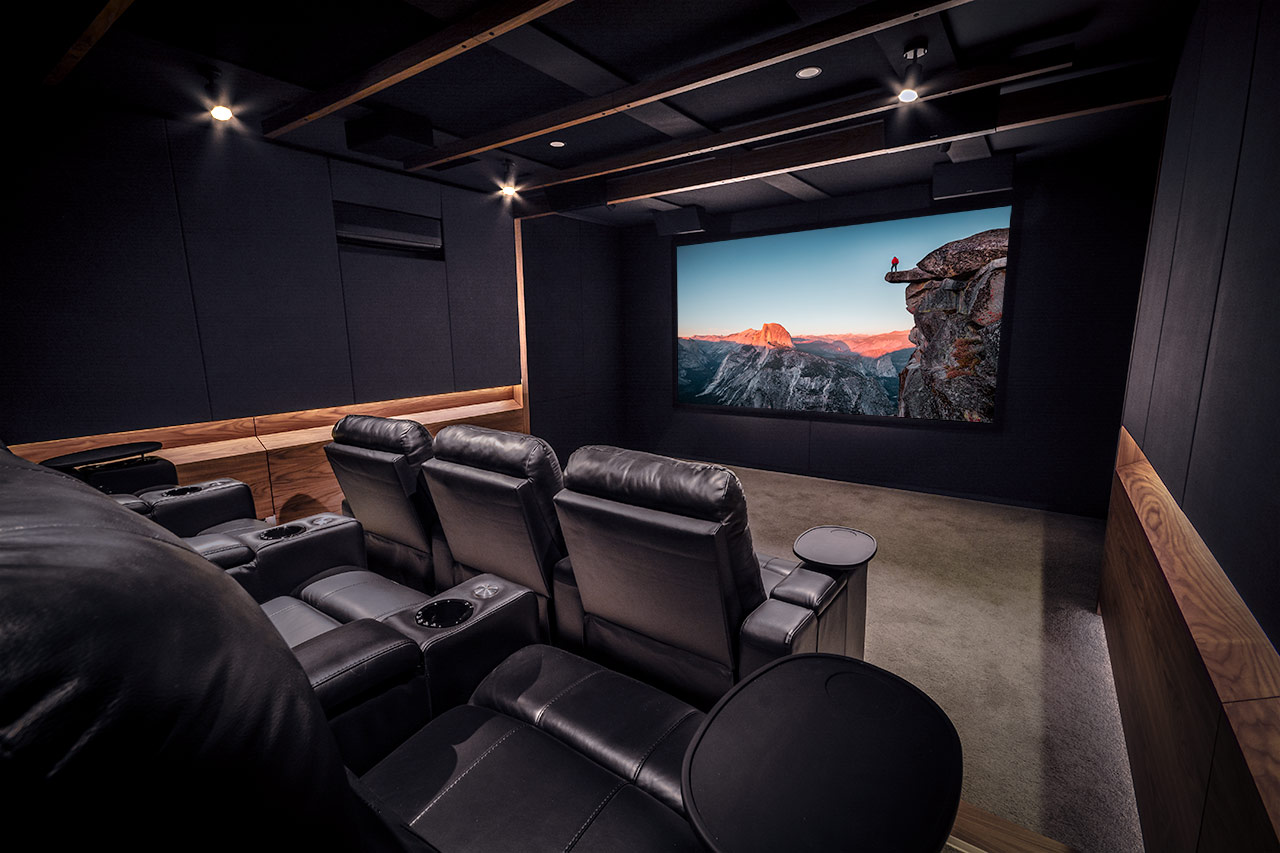 For a more even bass response throughout the room, we placed two single 15” subwoofers in opposing corners in the back of the room. This helped to pressurise the room from the rear and overcame a bass null we were experiencing across the front row of seating.

What did we amplify this all with? Well, it’s a bit of a mixed bag at present. With such a short build time we sourced every commercial amplifier we could find in the Krix factory, including those normally assigned for powering our larger in-house commercial cinema four-way system. With our own Krix amplifiers taking a little longer than intended due to design and feature improvements, we’ll re-visit this soon.

On the video side, a Sony 260ES (4K) lights up the 130” 16:9 OzTheatre Majestic acoustically transparent projector screen. The Sony is being fed via the Trinnov Altitude32 by an Oppo 205 UHD blu-ray player. For the seating, we opted for seven RowOne Cinema recliners, complete with drink coolers and LED lighting. 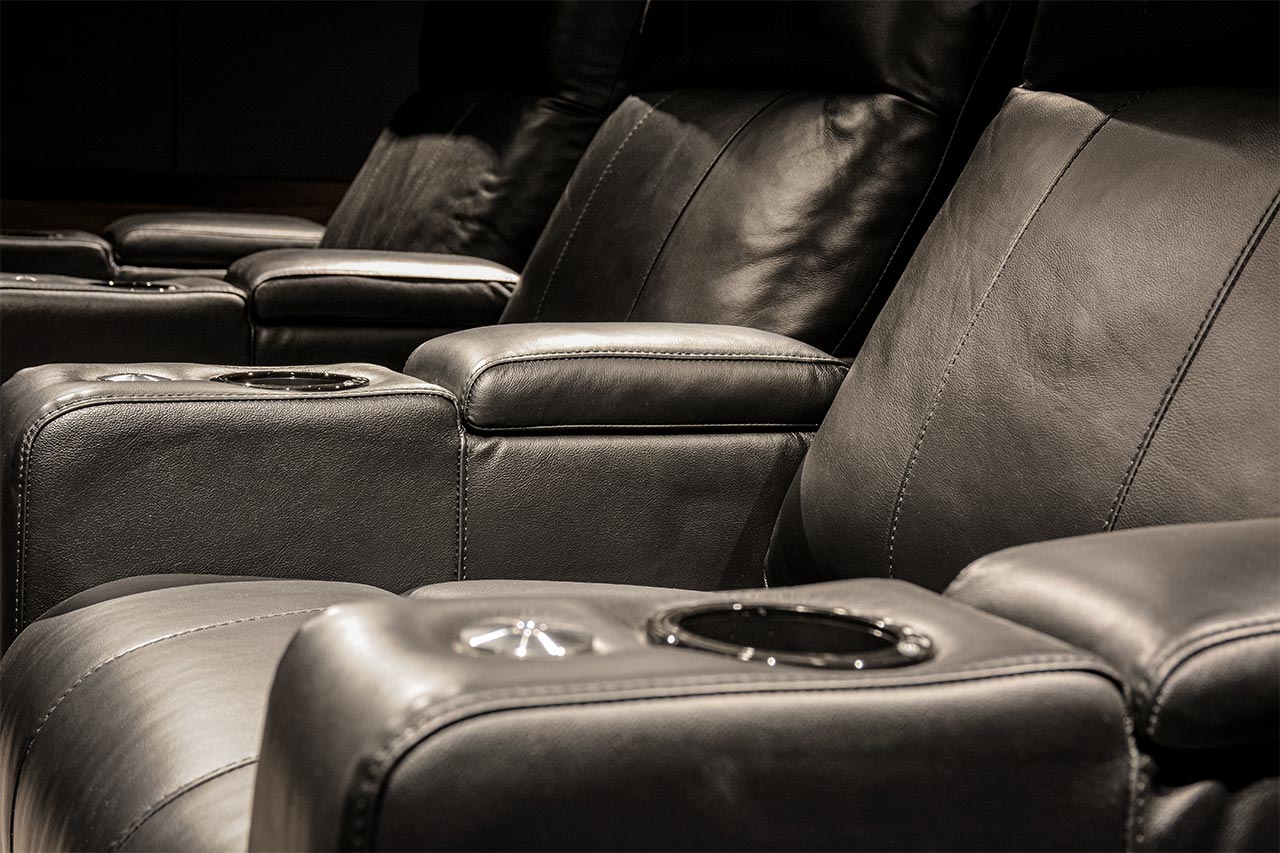 The result is a home cinema experience that fully engages and absorbs the viewer in the movie. While watching “A Quiet Place”, the aliens can be heard moving overhead with frightful heft and precision, with one seasoned movie enthusiast commenting they’d never experienced such intensity during a movie. Power, precision, clarity, depth, spaciousness, detail… they all combine into a demo room we’re very proud of.

We’d also like to offer our thanks to Trinnov Audio, Audio Active Australia, OzTheatre Projector Screens and Kordz cables for helping to make the room what it is.