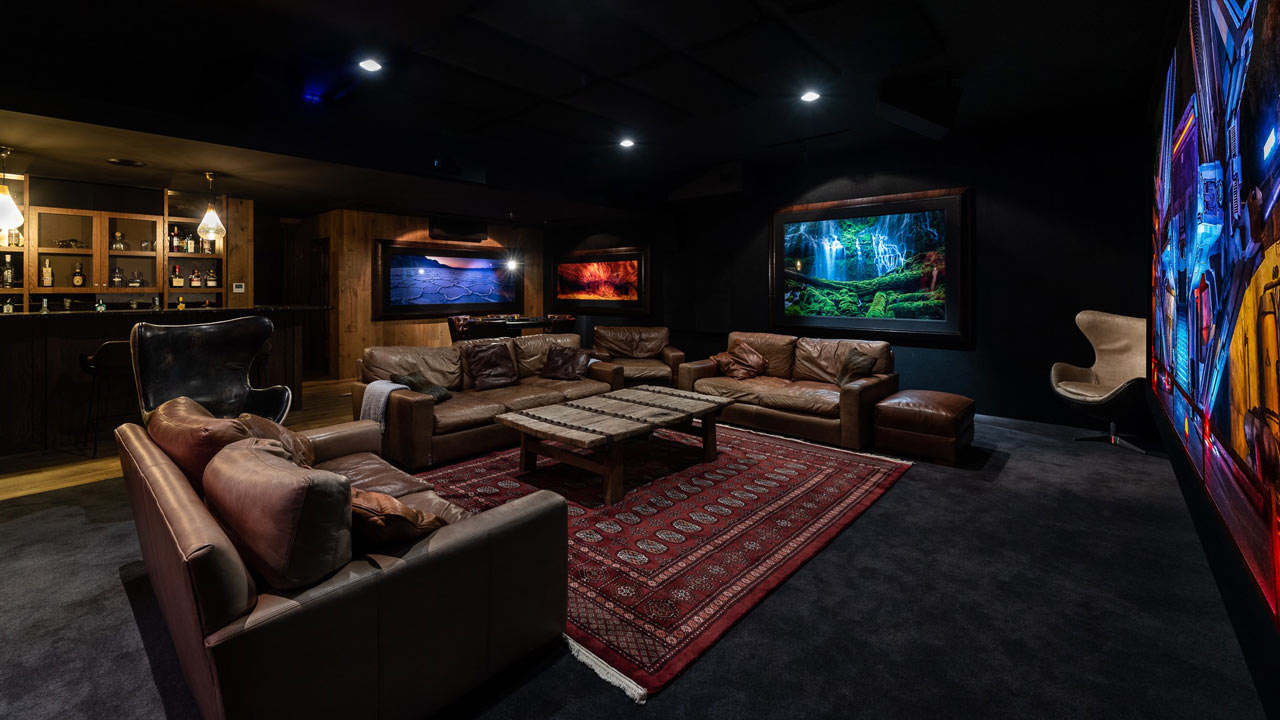 26 May The Ultimate Man Cave

Posted at 12:26h in Sound Advice - Tech Articles for Enthusiasts by KsoundX
Share

When you think of the ultimate way to unwind in your own home after a hard week, you may dream of a comfortable, relaxing home cinema room, a music room to really crank up some tunes, or perhaps a stylish, atmospheric room with a poker table and fully furnished bar. The Digital Picture were recently tasked with combining these three concepts into one multi-function space… and the results are simply stunning – the ultimate man cave! 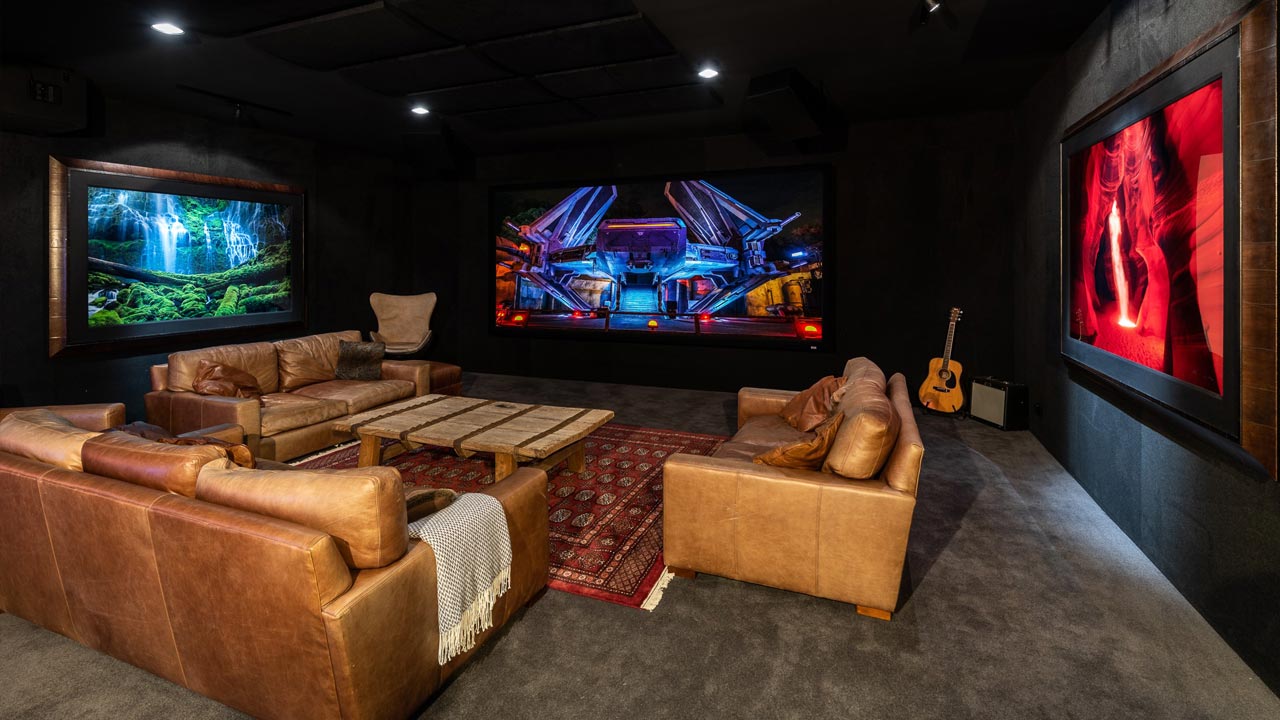 Scott Sauer, Managing Director at The Digital Picture, said that one of the main requirements of the system was to be able to play two channel music to immense sound pressure levels:

“The music side of the system was a very important part of the design brief. The customer wanted a smooth, detailed sound, while still being able to fill the whole room with higher than reference sound levels. The same audio system would also be used to play the latest movies with both Dolby Atmos and DTS:X soundtracks.” 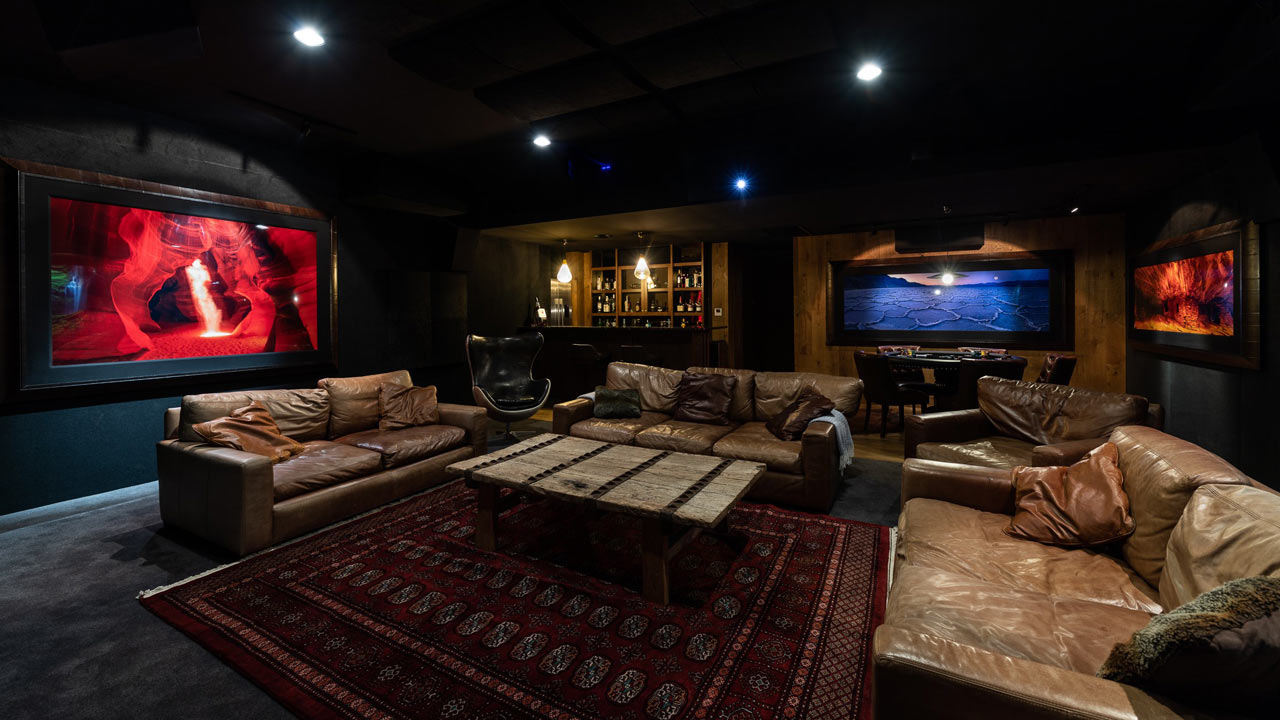 The Krix Pix were chosen as the front speakers and are hidden behind the 174″ acoustically transparent cinemascope screen (lit up by a BenQ 4K laser projector). Two Cyclonix Passive subwoofers were mounted to the ceiling at midpoints on the left and right sides of the room. This placement, with some tweaking in the processor, allowed the taming of peaks and troughs in the bass response due to the room characteristics, significantly improving the bass response. 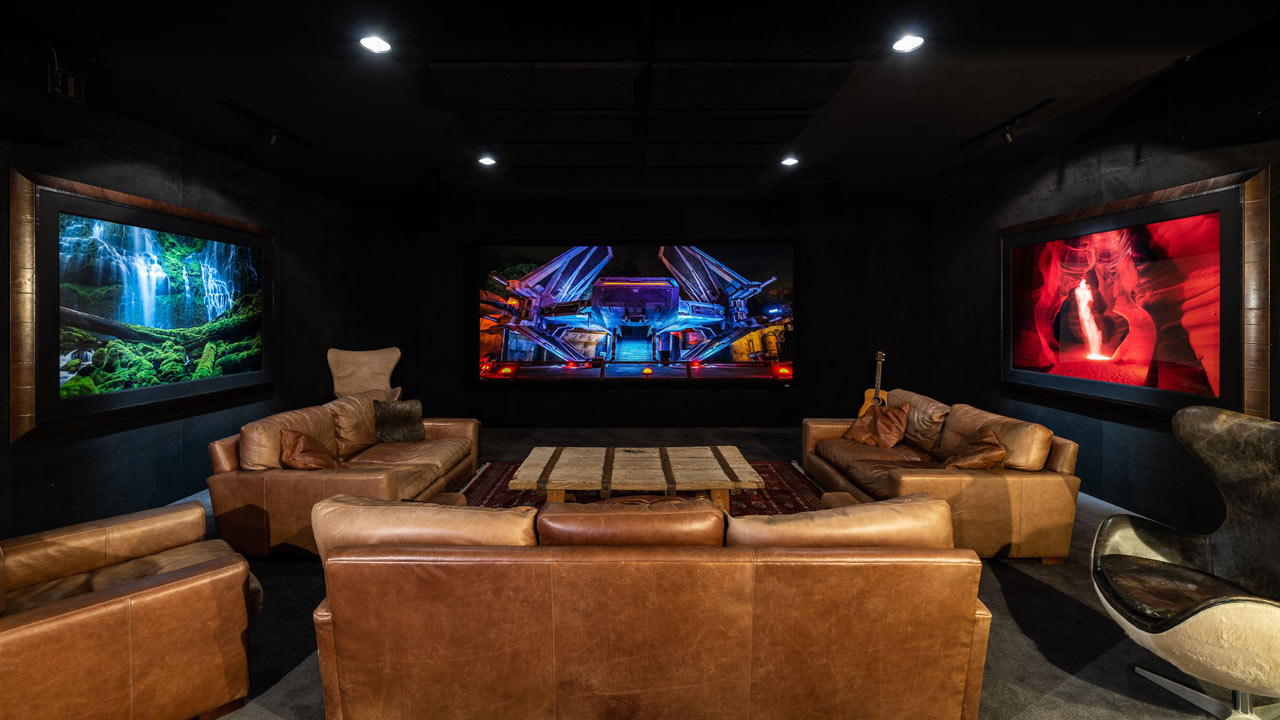 To complete the 7.2.4 configuration, Krix Megaphonix were used as side surround and overhead speakers, while Megaphonix Centres were mounted inconspicuously at the back of the room as rear surrounds, where the wall space was utilised for the drinks bar and vibrant artwork. Emotiva and Yamaha amplifiers were chosen to power the speakers and subwoofers respectively.

A Trinnov Altitude16 was tasked with performing the audio processing – from managing the speakers and their positions in the room, to fully optimising the phase, time and frequency of the system. Scott Sauer has also performed some wizardy here by using the full potential of the bass management technology available in the Altitude:

“Using the Trinnov, we were able to set up bass steering within the processor – this cascades the bass frequencies from the surrounds to their nearest subwoofer. With concert blu-rays like Hans Zimmer Live in Prague, the resulting sense of envelopment and bass is quite remarkable.”

You won’t hear any noise complaints from the rooms next door though – starting with a concrete shell, the room was built as a new, fully isolated space within. There’s many benefits to this approach, with one being that the system can be played at tremendous levels without upsetting anyone outside the room. It also stops external sound from entering the room, lowering the noise floor and allowing for greater dynamic range. 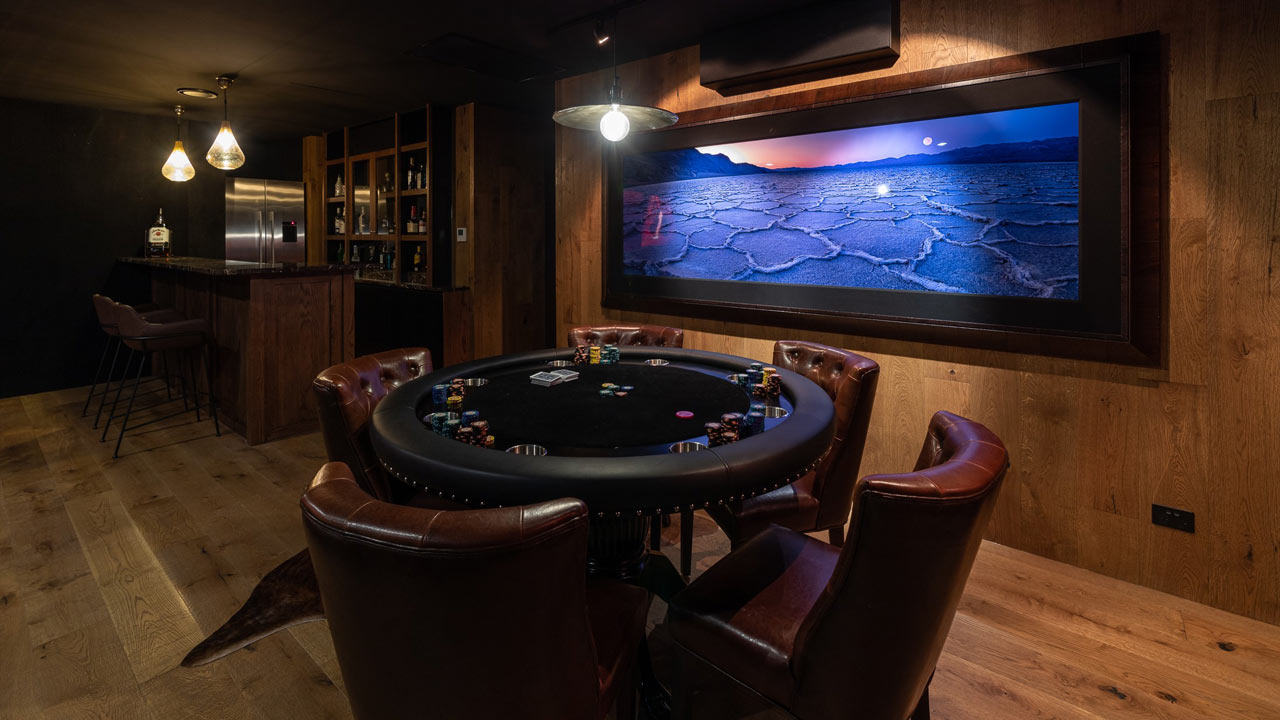 Fulfilling the trifecta, a poker table sits unassumingly behind the main seating, conveniently only a few steps away from the bar. Decked in a lighter timber finish, the area contrasts nicely with the darkened front area of the room.

Well done to the team at The Digital Picture – their attention to detail has delivered one of the most epic man caves we’ve seen!